The common cold is a group of diseases caused by members of the same viral family. It is generally affirmed that the common cold is a mild upper respiratory tract infection. It is different from influenza, acute rhinosinusitis, acute bronchitis, allergic rhinitis and pertussis.

There have been over 200 sub types of viruses that cause the common cold. Unfortunately, most of the viruses are capable of re-infection after re-exposure. However, infection with the same or similar agents cause milder infections and are of shorter duration. 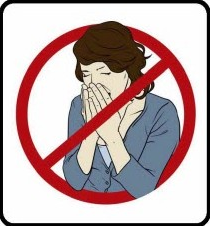 Most of the viruses have a seasonal pattern. Influenza incidence tends to be highest in Kenya during a broad wave that mostly corresponds with the southern hemisphere winter, with peaks during wet months: March-April, October-November and cold month of July. Other viruses have certain predilections to crowds such as ain the military barracks, day care and hospital wards.

The majority of cold-inducing viruses are transmitted by hand contact, the droplets can stay viable on human skin for up to 2 hours or on inanimate objects for even longer. The other method of transmission is by droplets in the air from coughing or sneezing. Interestingly, they are unable to live on porous materials such as tissues and handkerchiefs.  The time spent and the proximity with an infected person affects the transmission.

Yet to be proven are two myths; one that saliva can transmit a common cold and the second that recirculation air in commercial airplanes increases the risk of transmission of common colds.

The risk factors for acquiring a common cold include exposure to children in day care and conditions that reduce the immune system like stress and sleep disturbances. Contrary to popular belief, cold climate does not cause the common cold. Cigarette smoking and poor nutrition are other known causes of the common cold.

The common features are blocked or runny nose with dry or scratchy throat. Others are fever, headache, body weakness, sneezing and facial pain.

For most people, a cold is self limiting and will last 3-10 days. However, a common cold can complicate and get worse. It may develop into sinusitis or pneumonia, worsen asthmatic attacks or progress to an ear infection.

For children, education to the care giver is paramount. Information on the expected course of the disease and indications for re-evaluation are important. The symptoms of a common cold peak at day 3, and gradually improve over the following 10 -14 days. A cough might linger in a minority of patients but it should resolve in 3-4 weeks. The child should be re-evaluated if there is worsening or persistent of symptoms.

Supportive care such as maintaining adequate hydration and ingestion of warm fluids are inexpensive and aid to decrease symptoms.

The nasal symptoms are controlled with normal saline drops or sprays as well as a nasal suction bulb. The fever is managed with paracetamol or ibuprofen. The cough, bothersome as it may be to both child and parent, is currently not treated with over the counter medications according to Paediatric associations in USA, Europe, CDC and WHO. A spoonful of honey at night is noted to reduce the frequency and severity of cough. Sore throats can be alleviated with lozenges. Middle ear complaints aren’t addressed until 6 weeks to 3 months have elapsed.

Since the cold is a self-limiting uncomplicated disease, management is geared towards symptom control. Pain killers for the headache, fever, muscle and joint pains and the ear ache. Nasal stuffiness or runny nose can be treated with a decongestant and an antihistamine. The cough may be due to nasal blockage or post nasal drip. Cough medications may help in adults. Despite their continued prescription, there’s no benefit to using antibiotics as the cold is caused primarily by viruses.

Good hand hygiene is imperative in preventing common colds. Activities that increase your immune system like exercise and good sleep also keep the cold at bay. Vitamin C has long been touted as an effective agent for prevention but the science still hasn’t shown any benefit. 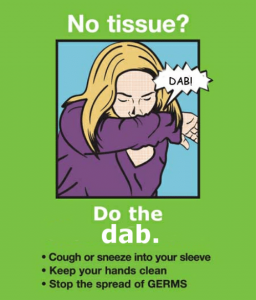